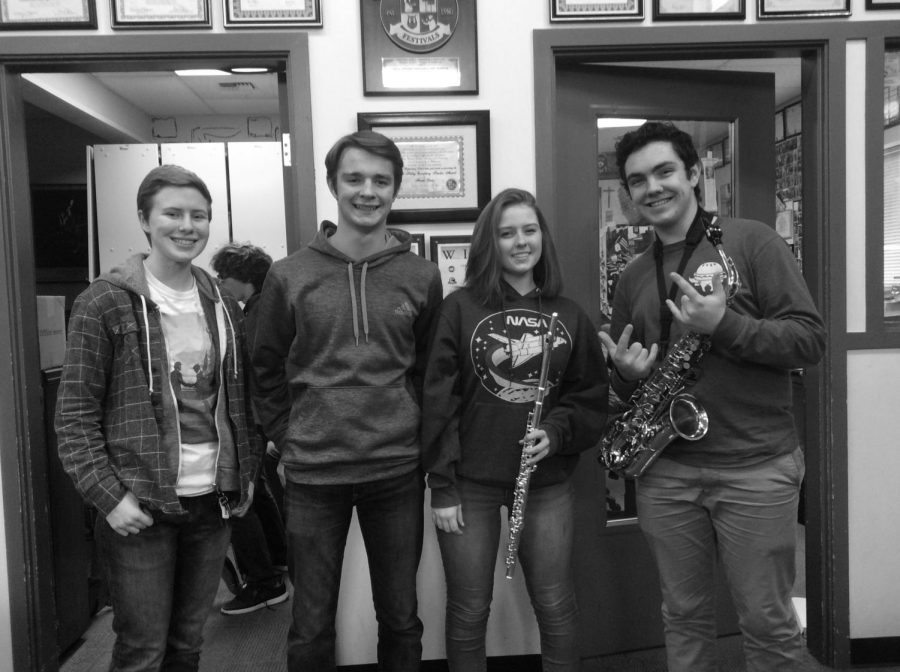 This month’s class spotlight is AP Music Theory. An independent study class last semester, the class was made up of a group of seniors who would meet to discuss chord qualities, scales and beyond. The Lion interviewed students of the course last semester to learn what the class was really about.

Mack Gibbens, senior, said, “The class is an independent study on music theory, where we learn the curriculum for the AP music theory test. Mr. Whitson is the teacher, but on Tuesdays and Thursdays he teaches at St. Nick’s so we’re on our own. There are six of us in the class, Max Gross-Shader, Kellie Hall, Claudia Modarelli, Lauren Kott, Lauren Fessenden and myself.”

Despite having been a small group, the six seniors came together to learn all things music theory. The class was mainly independent.
“We’re just a bunch of buds who all share a passion for music,” said Lauren Fessenden, senior.

“We’ve been learning about all sorts of music stuff, like chord qualities, meter, texture, periods, scales and more,” Gibbens explained.

Fessenden added to this. “There’s an AP review book that’s basically our textbook. We learn about how a chord is formed, modes and then about how to hear music and write down what you hear. It’s a lot of listening! Earbuds are a requirement.”

Although she went onto explaining how hearing a single pitch out of a chord is not the most feasible task, she noted that struggling is a part of the process that is music theory class. The small group was composed of musicians from across the board. “There’s two choir gals in the class and I never really get to hang out with them in a music setting so this class is really cool because of that. I hope that the juniors this year find interest in it!”